Who Else Do You Bring to Work with You?

Who Else Do You Bring to Work with You?
Tweet

As a business consultant and coach I have worked with countless organizations, teams and individual leaders.

From my experience, people want to do their best.

Yet the “giving your best” intention is often overshadowed by what Robert Keegan and Lisa Laskow describe as “that other job” we do that no one is paying for.

This second job involves spending a great amount of time and energy covering up our weaknesses, managing other people’s opinions of us, playing politics and hiding our insecurities and fears.

As we help organizations change their cultures and improve the effectiveness of their team and leadership, we must look at this wasted energy. This “second job” prevents people and organizations from achieving their best potential.

When people do nothing to improve the situation, they have very limited opportunities to overcome the problem.

During a Stop At Nothing team session, Caroline, a VP of Service Delivery, received great feedback.

Her peers and leader saw her as extremely competent and a loyal, trusted and go-to person.

There was a comment however, that kept bugging her, and that was significant concern for her health. Co-workers said she was always in the office and seemed quite overwhelmed at times. Caroline had received similar feedback in the past, but this time it felt different.

She was tired and knew her team was exhausted, and something had to change. She knew deep down that she needed to learn to say no more often.

Steve, the head of Business Development, showed up to our coaching session a bit flustered.

As he sat down he said, “Oh boy! The Hulk showed up today in all his green glory.” Steve felt ashamed because he said things to peers and his leader that he should not have, and the repercussions to his already battered leadership brand were substantial.

He recognized that his need to win the point got the best of him again.

Jim, a Product Development Director, came to our first session understanding clearly what he wanted to work on.

He wanted to show up and be seen more at work, and he felt stuck. He had the ambition to grow, but kept falling short for several positions he had posted for in the past. During the last process he gathered his courage and did something he had not done before.

He asked for feedback. What he heard was discouraging, but he was not surprised. “People see you as a worker bee.

You deliver well, but you play small, you stay in your lane, you do not speak up and when conflict is present in a room you tend to disappear. If you want to grow, you need to step up.” 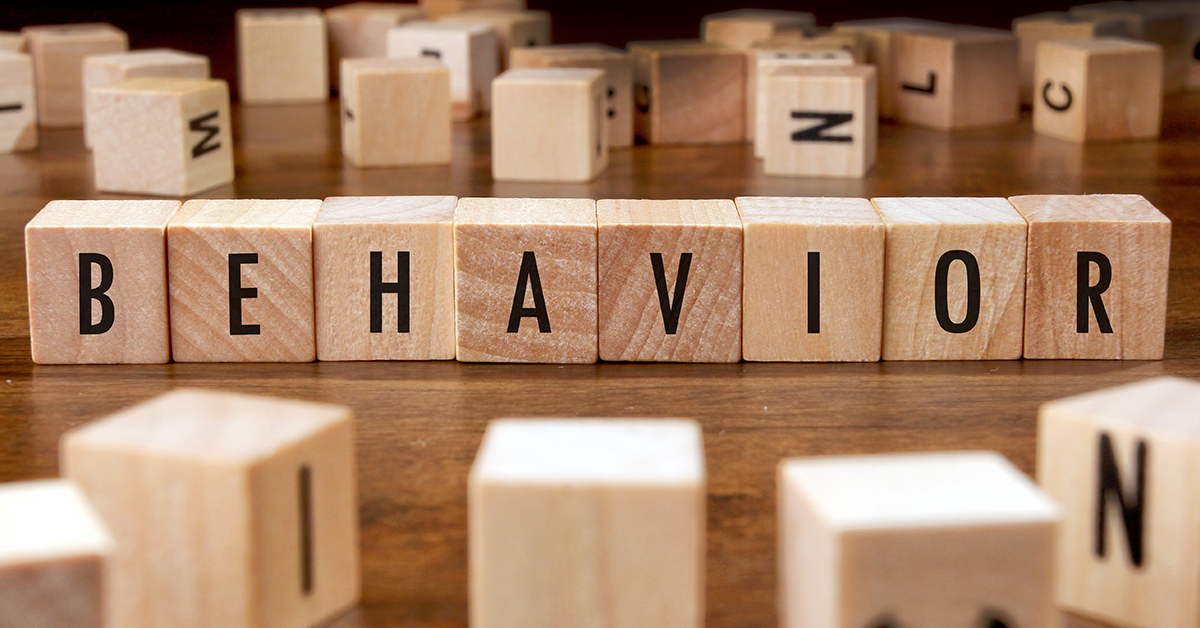 Caroline’s, Steve’s and Jim’s predicaments are common and in them we see three different behavior patterns that manifest when triggered.

Why Do We Hide?

We hide because we do not want others to see what we perceive as our inadequacies, which are commonly fueled by the fear of failure. In our attempt to show our best selves we end up not showing ourselves at all.

It is important to mention that “hiding” does not necessarily mean we do not achieve results. On the contrary, we may have solid achievements, but in the process we inflict a lot of internal and external pain that has significant impact on others and ourselves.

How Do We Hide?

We all hide behind armor, and this armor represents behavior patterns that emerge when a trigger occurs. That trigger may be a particular situation and/or a particular person.

They are an auto-pilot response, and we are often not aware of what we do and or the impact on ourselves and the people we work with.

So, we armor up and this armor often has its own personality. I find it useful to name our armor. All these characters fall under three distinct relational strategies* that we all have available to us, but we tend to use one more over the others.

Here are some of the more common personalities under each of the three strategies, although there are many more:

We withdraw, we silence ourselves, and we tend to disappear.

• The Pacifist
• The Invisible Man
• The Auditor

We seek to appease, be accepted and affirmed. We can become the ultimate people pleasers to avoid the risk of disappointing others.

• The Perfectionist
• The Jester
• Super Woman
• The Hero

We try to gain power over others, fight back, behave aggressively, lash out and have a need to win.

Do you recognize yourself in any of these? Do you know what triggers these characters to show up and take over? 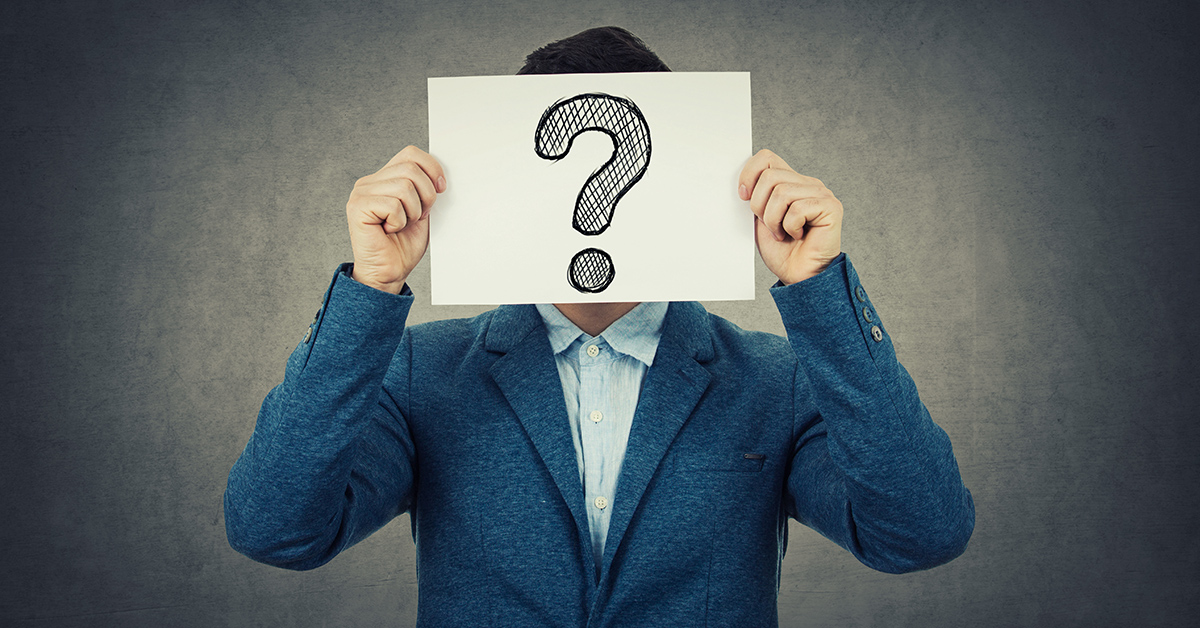 Now let’s return to our protagonists.

In the attempt to be seen as a great team player, who is dependable, competent, liked and accepted, she says “yes” to every request and works herself and her team hard to fulfill her commitments, creating significant stress for all involved.

Her strategy of choice is “moving towards.”

Steve knew of The Hulk before I met him.

The Hulk shows up when his ideas are questioned or challenged.  He has an internal need to be right all the time to prove he is good enough and win all points. This often leads to over arguing and negatively impacting meetings, so much so that people cringe when they know he will be attending.

His strategy of choice in “moving against.”

Jim’s character was the Invisible Man.

He does his disappearing act when he feels emotionally exposed and uncertain. He does not want to make mistakes, so he often relinquishes decision-making to his leader and peers.

His strategy of choice is “moving away.”

As you read these descriptions you may have already identified the characters you invite in and relational strategy under which they fall.

Some of the questions you can ask yourself to begin to unpack these behavior patterns are:

• Who do you become when you feel backed into a corner?
• What triggers the change?
• How often does it happen?
• Whom are you most likely to move away, toward or against from?
• What situations prompt you to move away, toward or against from?
• Is anyone a master at triggering this for you?
• How does your body signal their appearance?
• What is the impact to you and your team?

How do we begin to stop these patterns?

Self-awareness, requesting feedback and cultivating curiosity about your pattern(s) and relational strategy are powerful first steps to begin to interrupt the patterns that take away from your leadership effectiveness.

As you work to improve and diminish these patterns and strategies your energy will be totally focused on your first job and only job.

* based on the work of Linda Hartling 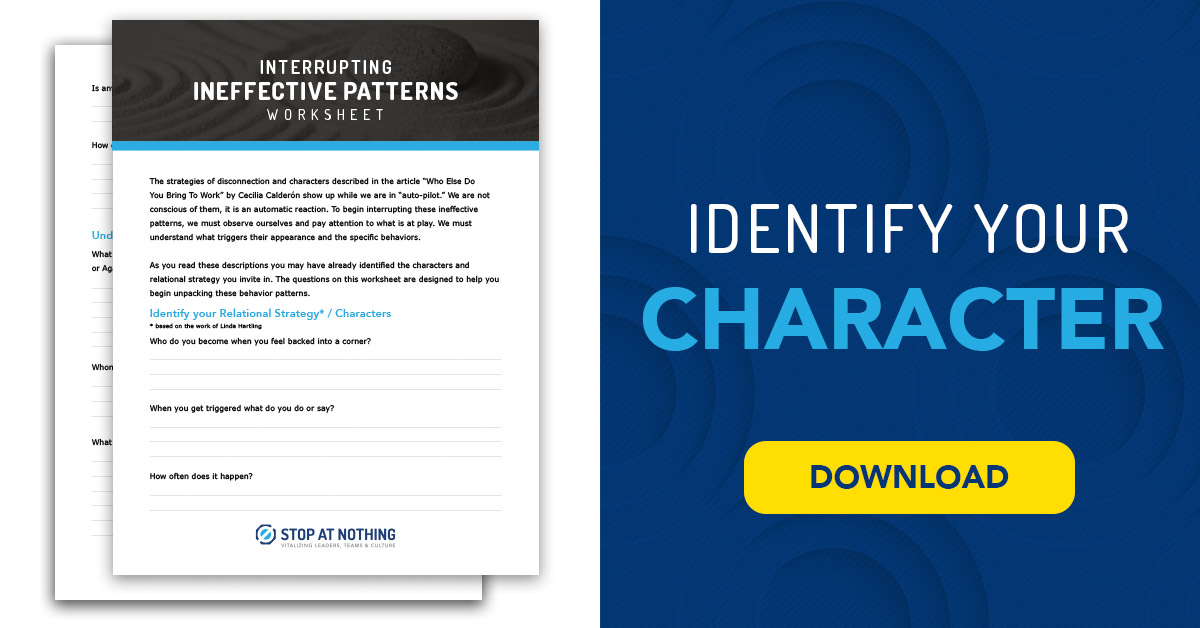 Often time the strategies of disconnection and the characters described above show up in auto-pilot. We are not conscious of them, it is an automatic reaction. To begin interrupting these ineffective patterns we must observe ourselves and to pay attention to what is at play here.

About the Author: Cecilia Calderón

Cecilia partners with organizations and supports leaders to first look within, so they can lead and inspire with passion. It is that ripple effect that drives business results. Cecilia has over 20 years of experience developing leaders and partnering with organizations to build high performing teams. Her leadership experience spans roles in Credit & Collections, Organizational Effectiveness and Talent Management & Development.